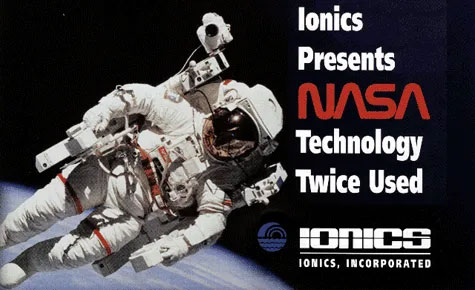 Puronics® is featured in a new NASA Spinoff article! Here’s the part about Puronics® SilverShield® technology.

“In the 1970s, Arizona inventor, Ray Ward, requested a technical information package from NASA based on the silver ion system built for the shuttle, which he used to build a prototype tap-water filter. Ward went on to founded the Bon Del and Ambassador lines of water filters, which became a 50 million-a-year business. Along the way, he also got some help from a water treatment company called Ionics Inc. That company, known as Puronics® , later used the NASA technology Ward had introduced it to as a starting point for a water softener that would stop the bacteria. from accumulating in the water conditioner tank.

The company’s CEO, Scott Batiste, said the home water systems with SilverShield® remain the company’s core products, accounting for about 70 percent of its overall business, and the product line has increased 15 to 20 percent more business each year lately.  ‘I think it’s a real testament to this technology that we’ve been using it since the late ’80s, early ’90s, and it’s still a growing product line, and I think NASA should be proud of that, and of course we’re excited about it.'”