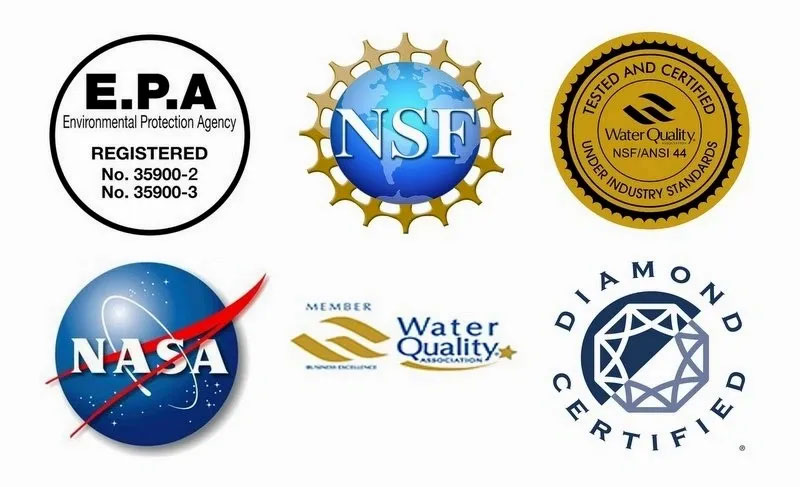 There is a lot of talk about “salt free” and “salt based” water softeners. Salt based water softeners have been banned in at least five states, California being one of them. So why was it banned and what is the difference for you as a consumer?

Water softeners are being banned because of the negative effects they have on agriculture. When water softeners regenerate or clean your household water it flushes the salt-filled solution into the sewer system. Water treatment plants don’t have the resources to treat this kind of water and the wastewater stream becomes salty. There is an alternative to have crystal clear water and save the environment.

You’ve gone to the doctor and you were told to limit your sodium or salt. Makes good sense, right? Why would you want to shower with saltwater from your water softener when your skin is your largest organ or drink salt since most foods are loaded with salt and preservatives?

There are two different kinds of salt systems. The “old fashioned” tanks where the salt sits in water for 12 to 15 hours and then washes the calcium and magnesium out of the tank to remove the particles. This type of water softener can cause multiple health issues. Just by the water sitting in the tank will cause “bridging”. That means your salt becomes hard and causes tunnels in the salt tank where mold, bacteria and viruses breed. If you cut open the plastic tank you will see dark residue or even smell murky rotten egg. smell. The black mold is actually living in this tub and being delivered to every faucet in your home. You are showering, brushing your teeth, drinking, cooking and washing your clothes in dirty contaminated water.

How does the water softener remove eliminate bacteria?  MicroSilver Bacteriostatisis™ Technology based on NASA silver ion technology was developed to purify water aboard the Space Shuttle Orbiters. The SilverShiled® Hygen® Filter Media incorporates MicroSilver Bacteriostasis™ technology into activated carbon to inhibit or stop bacteria growth within the systems filter media. No other product has this proprietary blend therefore they won’t have the same results. It is patented and proprietary.

Puronic’s® is known as “The Climate Leaders” recognized by the EPA. It means that they have the most prestigious certifications and innovated equipment that has been tested by a third party. The EPA has given the white and gold seal of approval and has tested the equipment standards for over years finding consistent readings and workmanship.

Then there is the water softening tank called Puronic’s® that washes the chemicals and contaminants out of your water softener, or we like to call it “water purification or water softening conditioning system”. It only uses a couple inches of salt water to flush the contaminants out of the tank. This tank is the only patented dry brine tank so bacteria cannot grow. Then there is a second up flow wash that removes the salt before it is delivered to your faucets. This water is perfectly safe to shower or drink from any tap water in your home removing the majority of the salt., calcium and magnesium. Calcium and magnesium is what causes your plumbing to build up scale, appliances to not work, spots on your dishes, and glass shower doors, ring around the toilet and hair and skin to become dry.

WHAT WATER SOFTENER OR WATER PURIFICATION SYSTEM IS RIGHT FOR ME? Both type of water softener systems will remove scale build up which protects your appliances and plumbing, a salt-free water conditioner will help. If you want the benefits of soft water which gives you healthier skin and hair, no water spots on your dishes and saving money on soap, then you need a salt-based water softener whether it is a water based or dry based brine tank. Puronic’s® makes both water softeners and salt-free water conditioners. Some people don’t like the slimy feel of salt on their skin. With the limited amount of salt used during the backflow wash and the double rinse, with no-salt delivery, you won’t feel slimy with Puronics®  water systems. You will have all the benefits of the water softener and the water purification system all-in-one water system. The units remove chlorine, lead, arsenic, nitrates and nitrites and many more contaminants that are harmful.